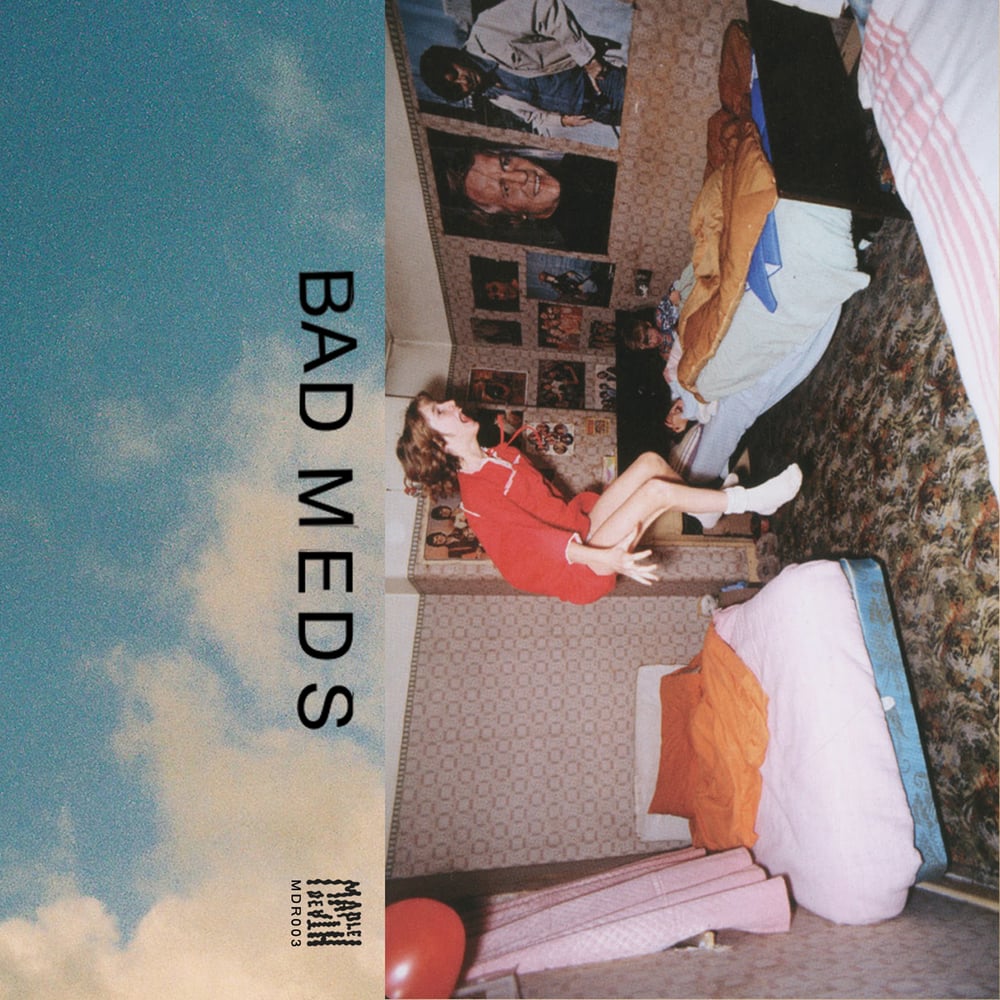 1. Hoax Apocalypse
2. You're Not My Friend, Man (For David Longstreth)
3. Release The Bees

1. The City Against Itself
2. It's Grim Up North

If the bleakest of the bleak came banging at your door would you take them in, scrub them off and let ‘em shine for everyone to enjoy? Growing up in England’s provincial north on daily doses of 80s weirdo punk, classic guitar solos and total boredom, the scene was always set for some kind of escape. This is what we’ve been dealt with today: David Kelly (drums), Paul Thomson (Bass) and Paul Rafferty (Guitar, Vocals) are Bad Meds and these days they call Liverpool their home. Their debut is a black and white affair, a haunted fast-punk record that slows down into a witch-fest of high-gain reverb-laden guitars, power drill drums and vocals shrouded in dark clouds of analogue delay. It harks back to when punk hardcore was a result of young and enthusiastic experimentation and not a series of rehashed replications of its previous guises.

Hoax Apocalypse is a sludgy hangover dream gone wrong where early Mudhoney and later period sans-metal Black Flag collide. You’re Not My Friend, Man is a break-neck anti-ode to Dave Longstreth from Dirty Projectors that documents an alienating dig at an audience member (Rafferty) in Liverpool. Release The Bees is a pained traipse through a gallery of insomnia-induced memories. The City Against Itself is about the jewels of British cities currently being buried beneath luxury student flats. It’s Grim Up North is a slow trudging re-imagining of The Justified Ancients of Mu Mu's (aka KLF) classic dance anthem. Bad Meds’ Rafferty heard the tune in primary school on a Now That’s What I Call Music compilation and couldn't believe that a real song would mention places that he'd been to or heard of. Fast forward to 2015 and Bad Meds play the song to present their north as it is today: Bleak but beautiful. See you on the M62.