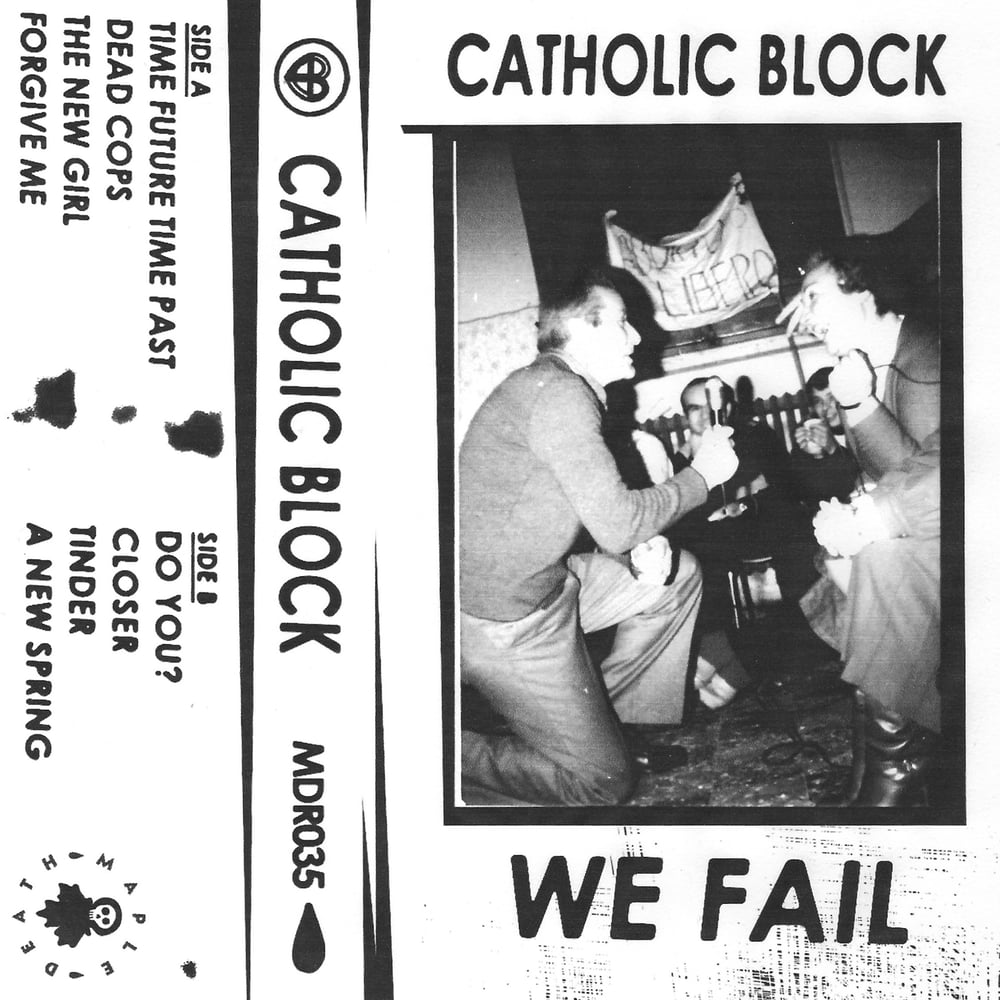 “In a world that wants us to perform, be functional, and successful – we claim the right to fail”

Mickey moved to London in 2018 and everything that a big city can do to your soul when things go sideways basically happened. Relationships, plans, possibilities all came crumbling down leaving him stranded in a dingy room with just enough gear to kickstart a new beginning, a new musical journey: Catholic Block.

We Fail is Catholic Block’s debut and first release on Maple Death. Setting aside his steady output as leader in concrete-punks Qlowski, Mickey focused on creating warm quasi-voyeuristic fragile bedroom pop, emotional sci-fi hardwired to overcome failure. It’s music created on that rush of highs and lows, those lonely bus rides at 2 am thinking that tomorrow will finally make sense. Recorded mostly by using a cheap Casio keyboard, a £35 guitar and drum machines, We Fail, does not come with limitations, it’s expansive, celestial and soars through grandeur and intimacy with grace and poise. Time Future Time Past opens the album with a minimal wave synthetic heart, like Solid Space dancing with Dan Treacy’s sensibility; Dead Cops is 2055 Kevin Ayers, The New Girl represents the spiritual plateau, a beautifully penned ode to a new path that shares the melodic drama of Cleaners From Venus. Night music for wide-eyed dreamers that need rituals.

“Until one morning, on the way home from a late-night shift, through the woods down the corner, I noticed a big white signboard and on it in big black capital letters, two words: ‘WE FAIL’. And suddenly, as a revelation, I realised, “it’s ok”, it’s ok to fail, it happens. As if failing, or falling or making mistakes was the matter. The spell was broken – I was free. Free to collect all the pieces from the floor, putting them back together in a new hopefully better, stronger me.”