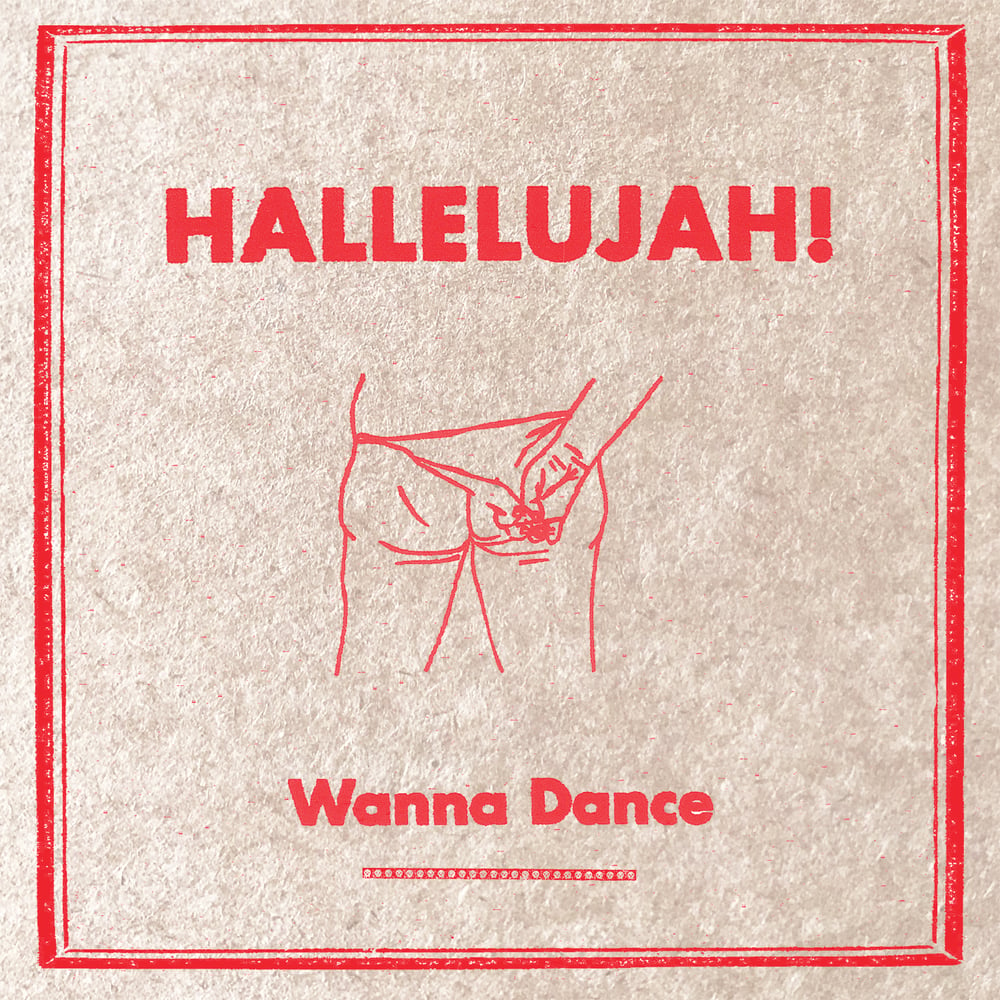 Sometimes you just have to reinvent yourself, even if that taste of failure is what kept you alive for so long. That’s when movement, swagger and control kicks in, guiding you towards new hostile territories. Hallelujah!, Verona’s prime noise-punk movers, are back with their new album Wanna Dance and it’s a damn good statement for resilience and “should-have could-have” overcoming.

“I dropped the needle on this record and it probably looked like a scene from a cartoon. My hair blowing back from the sheer volume. Hell, my entire face being blown to the back of my skull even.” (Smashin’ Transistors)

No better way to describe Hallelujah! a few years back when they released their first EP. They were stupid, vulgar, fierce, irritating and feedback-laden, no wonder Maximum Rock’n’Roll, Noisey, Cvlt Nation, Yellow Green Red and just about every ‘zine this side of the ocean started noticing. Then… their guitarist quit the band moving a few thousand miles away.

Nothing was going to stop Scoia (vox, synth), Laura (drums) and Federico (bass, recording). They holed up at Dirty Sound Studio and just focused on what they do best, create chaos and double down on synths, basically replacing a guitar with an old Korg MS20, improvising on 4 track, transferring to an old Akai two-track reel slightly out of synch, crank drum machines and use their usual array of auto-built contact mics. If their sound was once described as Brainbombs and Germs mixed with the brattiness of Electric Eels or Homostupids and the low-thud of AmpRep’s best freaks, Wanna Dance, enters the realm of sci-fi rhythmic abrasion, proto-synth punk experimentation a la’ Scientists with lord Alan Vega in mind, industrial shrieks of Destruction Unit and that Aussie post-punk we all love so much.

Don’t let the album title fool ya, sure you might end up dancing, but that makes Hallelujah! even more obnoxious. Your Duck, folks!