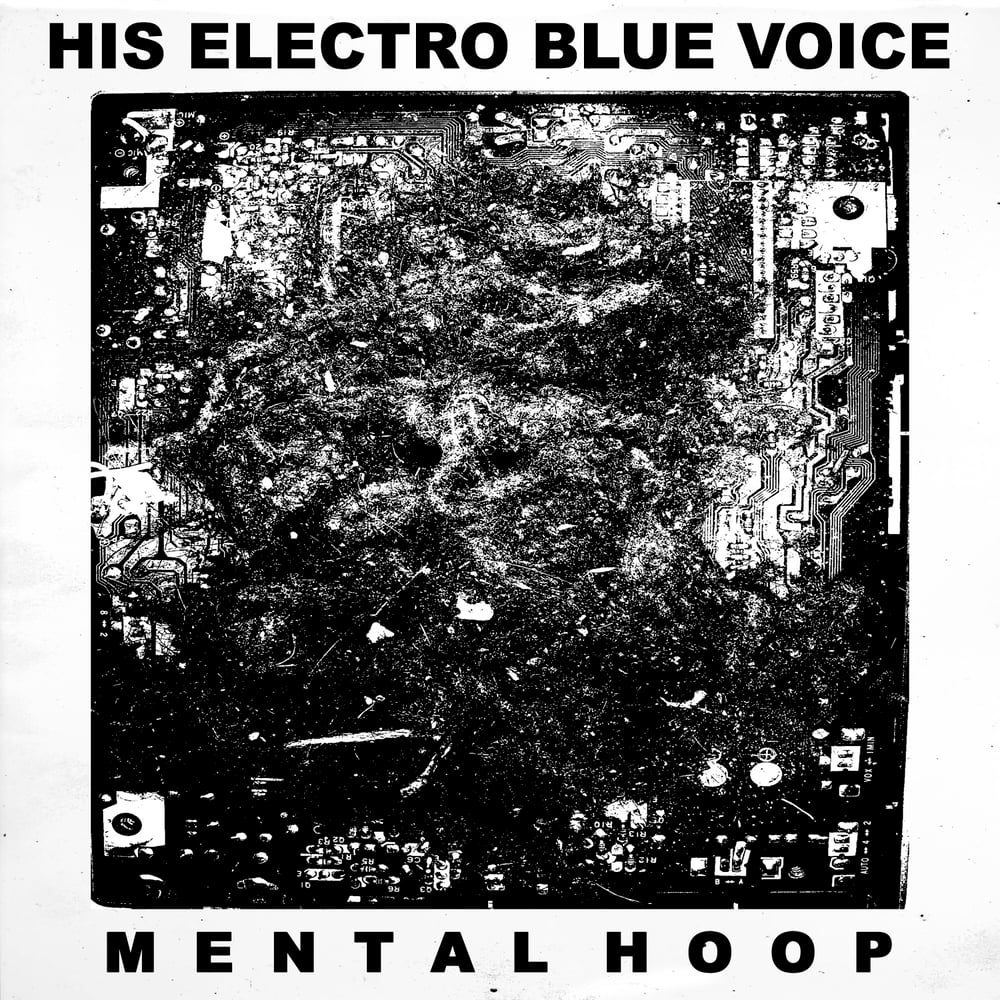 You’re stuck in a rut, an existential routine that dawns on you every morning invading every corner of your mind, an inch of life worth living through the lens of a tallboy with the sound of mainstream television or static noise in the background? His Electro Blue Voice responds with Mental Hoop, their proper follow up to 2013’s Ruthless Sperm (Sub Pop).

Mental Hoop is a precise answer, an almost rigid foray into one’s internal daily battles, a state of mind you just start dealing with, a circular piece of metal you learn to circumnavigate. Let us go out on a limb by saying no other band in Europe operates the way His Electro Blue Voice does: no one is allowed in on their internal process, it’s airtight, sealed and meticulously crafted by their ringleader Francesco Mariani and his new found sidekick Andrea Cantaluppi. Every comma, every screech is there for a reason. Mental Hoop took three years to complete, a change in pace from the band’s past frenetic discography: gone is the organic earthy carefree approach of Ruthless Sperm now replaced by mind games, obsession, celestial psych and extra terror. No worries though, HEBV is as savage as ever, bringing it’s A-game and its usual brand of punishing dark-punk, Italo Hardcore, kraut beats, metallic noise and industrial. From post-Stooges in Ministry-land fever (Earthworm, Ice Skull) to Killing Joke’s industrial grind (Scum Rat) what ties together HEBV’s trash is their cyber synth washes of gutter noise and horror stories taken out of the AmpRep catalogue circa 2026 (Crystal Mind, Onieut). Witness their full on assault, through mind-warping loops, death cries and venom hatred. Get stuck.