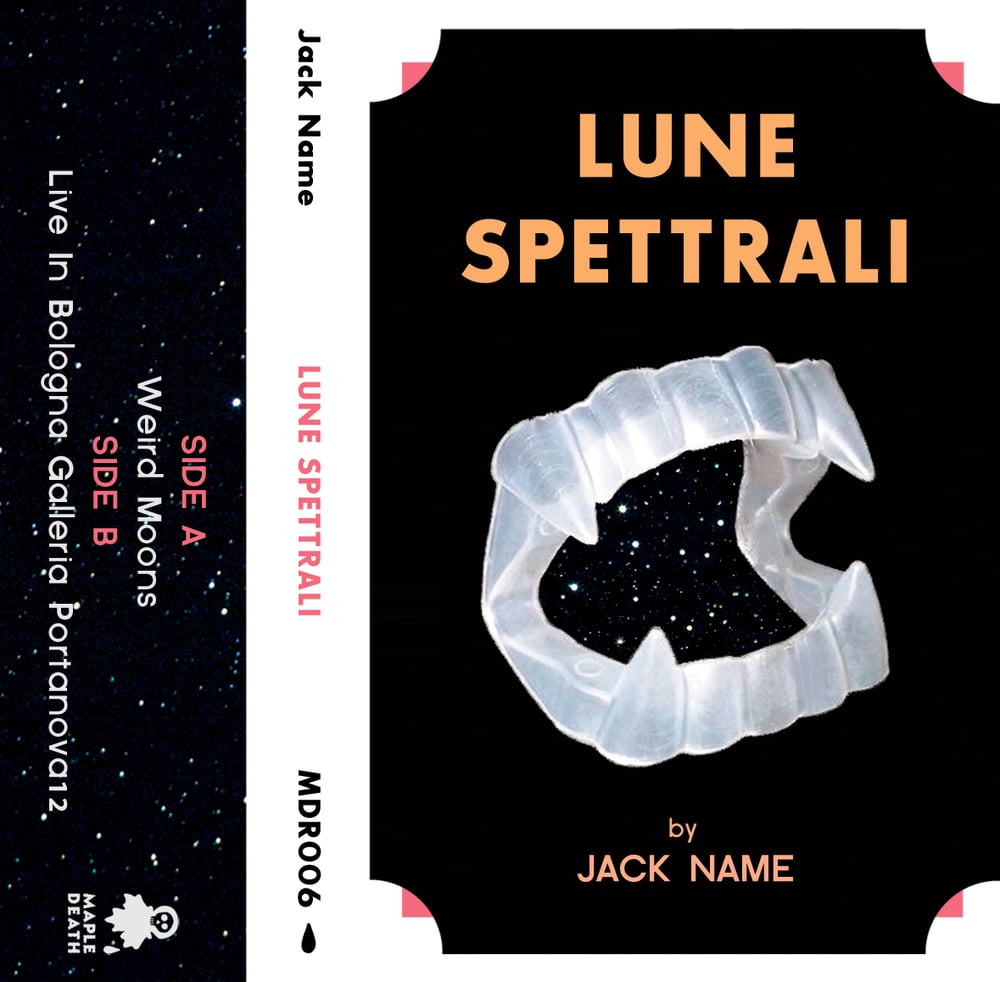 Traveling in space and somehow landing on Maple Death: that is a voyage we’re into. In less than a year Jack Name, veteran of the shadowy Los Angeles underground (White Fence, Ariel Pink, Cass McCombs), has delivered big time. First came Light Show (God?/Drag City, 2014) a modern masterpiece of headphone alien rock’n’roll, then came Weird Moons (Castle Face Records, 2015) a true synthetic pop record, that took the whole thing a little further; 29 minutes of pure lost planet paranoid night calming songs. LUNE SPETTRALI is a limited C60 that pieces together Weird Moons on the A-side and Live In Bologna at Galleria Portanova12 on the B-side. Recorded live to tape on a hot summer night in the heart of Bologna’s downtown district in a tiny gallery hidden by one of the many porticos looming intensely in the city, this is a document of Jack Name’s 2015 European tour as a two piece creating mystery and myth night it and night out. At this label we are into deep cuts, and nothing more resembles a deep cut than the closing duo of unreleased gems Sharing With You and Theme For A Stupid Guy. If this is where Jack Name is headed for on his next LP buy me a trailer and some rope. I’m prepared to have dust in my eyes and follow this man.