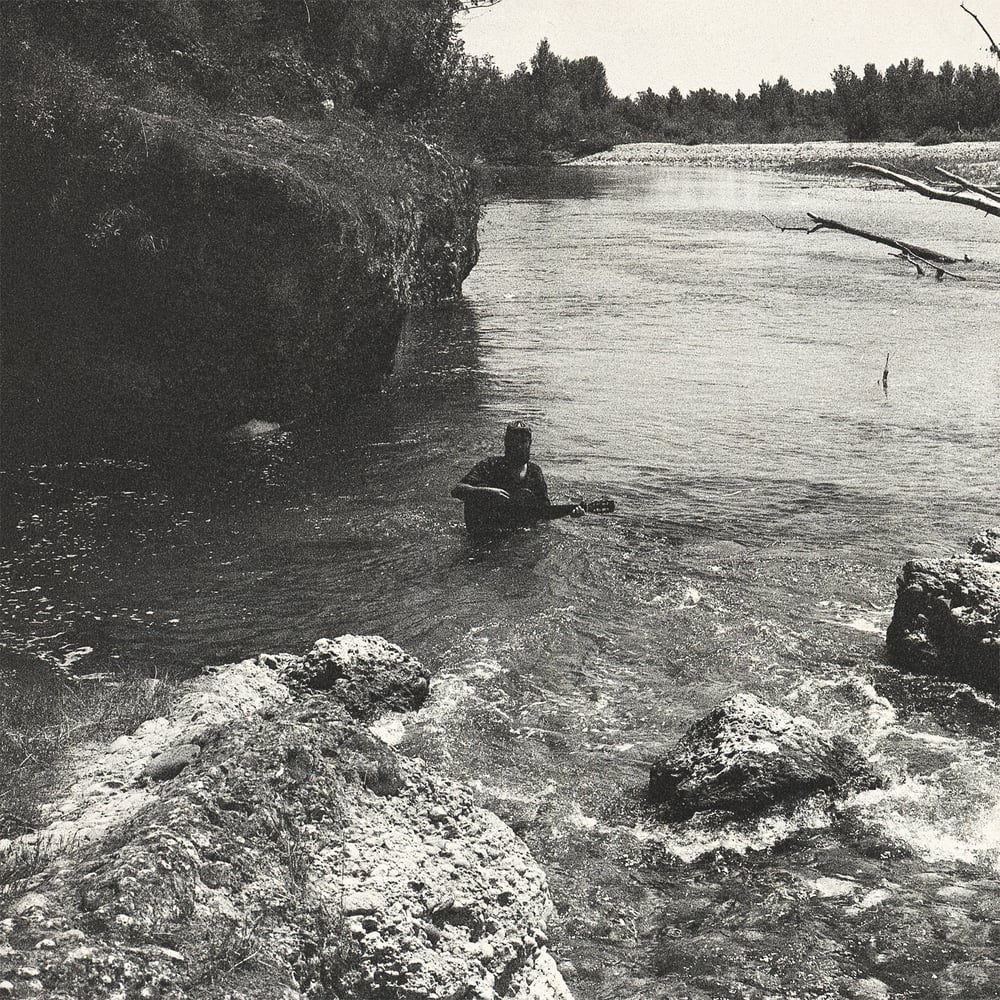 Release Date: April 8th, 2016
Tracklist
Mi E Ti / Tosca / Busiero / Vergine De Luce / Romit / Amighi / Schei / Va Pian
Rescued from the shores of the Piave river, Maple Death Records is proud to present Krano’s debut album, Requiescat In Plavem, a psychedelic country masterpiece coming from an Italian true original. In 2012 Mr. Krano hauled up in the hills behind Valdobbiadene, with a Tascam 388 tape machine, determined to leave his past behind him, a lonely man with a mission: give something back to the region that had given him birth by rediscovering the Veneto dialect as a language and by giving it dignity and a voice outside the normal boundaries it has always been confined to. Birds watched and whistled night and day as our man recorded R.I.P. and weaved stories centered around the Plavem, the Piave river that flows from the Alps to the Adriatic sea and carries the ghosts and battles of World War I, the bloody stage for the last failed major Austro-Hungarian attack on the Italian Front. R.I.P. swirls and rolls, replicating the beauty, wilderness, history and fever of the Prosecco fueled valley. A lone rider singing about loss, love, money and friendship is the foundation for an album that goes from honky-tonk detuned pianos echoing from a wine-only serving saloon (Tosca), to Neil Young 70s era ballads (Mi e Ti) mixed with tinges of Skip Spence’s psych folk golden touch (Busiero) and Randy Newman’s dark humor (Amighi). The album’s instrumentation (acoustic and fuzz guitars, harmonica, piano, drums and bass) conjures a magical world of sleepy swamp devils crawling out from the river banks, to then venture into murder ballads territory (Vergine De Luce) and when asked to take it a notch up it delivers the fury of cow-punk greats and like-minded freaks and weirdos Meat Puppets and Country Teasers. If you are coming down from a tough night and the sun starts shining through you might even be able to catch a glimpse of Morricone’s whistling (Va Pian) and Brian Wilson’s decaying universe or Robbie Basho’s spiritual acoustic mystic. Some people just call it “damaged minimal folk from Veneto”.
Krano recorded his album and then disappeared, silence, FINITO. As always it took a faithful caring friend to deliver the goods. Requiescat in Plavem was mixed by Nene Baratto (Movie Star Junkies) and mastered by Matt Bordin (Mojomatics) at Outside Inside Studio, one of Italy’s last standing vintage outposts of pure rock’n’roll, garage, psych, occult, nuggets and everything in between (Mark Sultan, Black Lips, Father Murphy, Squadra Omega, King Khan). Krano himself in his early days was a trusted member of the Italian rock’n’roll community with his band Vermillion Sands, a buried gem that enjoyed a much too brief stint on trusted labels such as Sacred Bones, Fat Possum and Trouble In Mind. He has also lent his blues guitar to Italian wizards La Piramide di Sangue, Movie Star Junkies and Vernon Sèlavy.
Requiescat in Plavem is meant to be a trusting and passionate exhortation to share this beauty of the Veneto region so as to not bury its intentions in the banks of the Piave river, because believe us, it is 2016 and four years later here we are, music on wax, a man that deserves to be heard and a river that is still flowing.
CD/LP includes liner notes by label and Mike Donovan (Sic Alps, Peacers). LP version is on 140-gram black vinyl and includes insert and MP3 download.