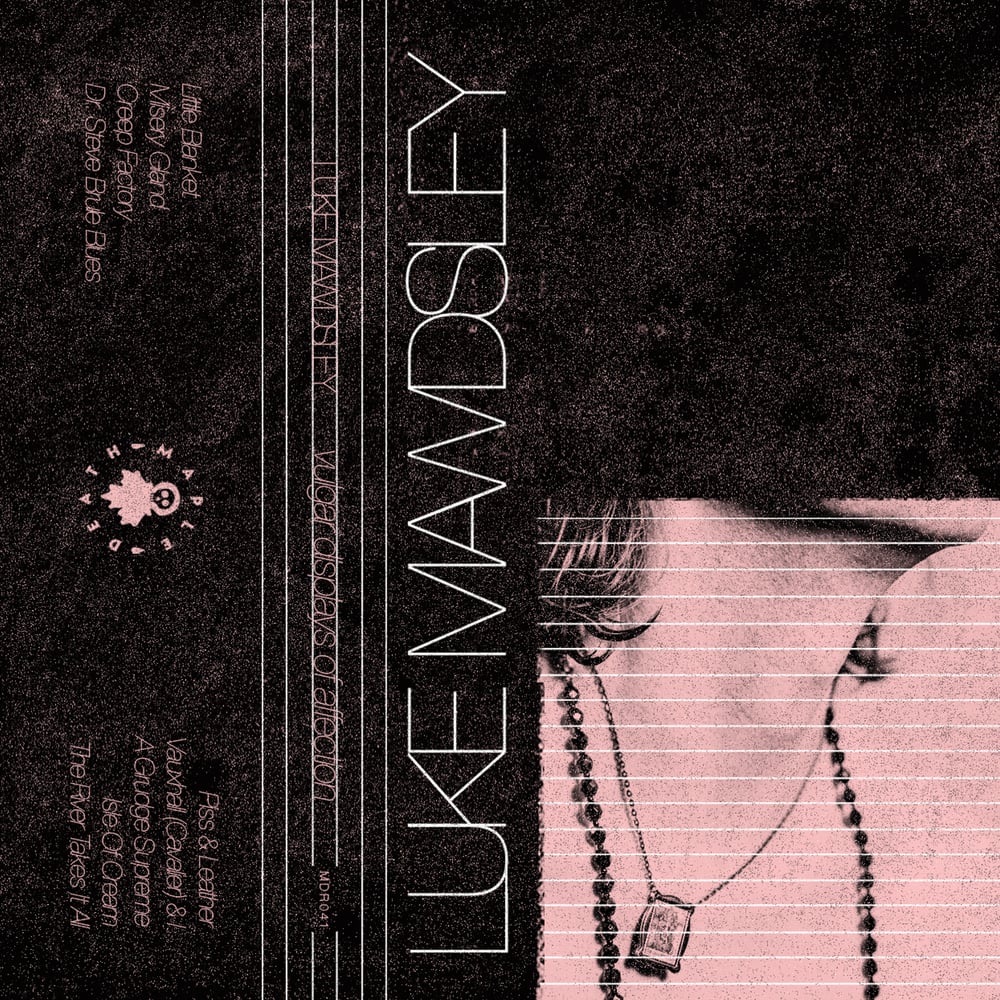 A body of water, a tributary river pushing and struggling to activate one final act, gushing into an ocean of pureness. Every bank you hit is a misstep, vulnerability, acceptance, sexuality, control and punishment, a catastrophic station of the cross experience where the mesmerizing is allowed to seep in. This is Luke Mawdsley’s debut for Maple Death ‘Vulgar Displays Of Affection’, a cathartic meticulous journey brimmed with emotion and failure.

The journey started in Liverpool, Luke Mawdsley’s hometown, with a quasi scientific method: texts and notes becoming mini mise-en-scènes recorded as spoken word performances, with each syllabic nuance creating a guide for instrumentation and a rhythmic delineation. Pitch manipulation was decisive in developing the identity of the record, creating a new voice, a persona that could fluctuate in a brave new landscape supported primarily by acoustic guitar and synthesizers, electronically mapping the topography of trauma. ‘Vulgar Displays Of Affection’ at times flows with the pace of a dark beast, an industrial ritual that brings together Coil’s minimalism and the indecisiveness of early Dubstep; at the core though a chrysalis exists, a cinematic world where Lynchian mystique meets grace and apocalypse, Jarboe’s spirituality and late Scott Walker’s majestic odes. Mawdsley visualizes respiratory like tracts linking the sympathizing thematic layers and depicts the throbbing space experienced between them.

Sometimes the river does take it all. No point in looking back.