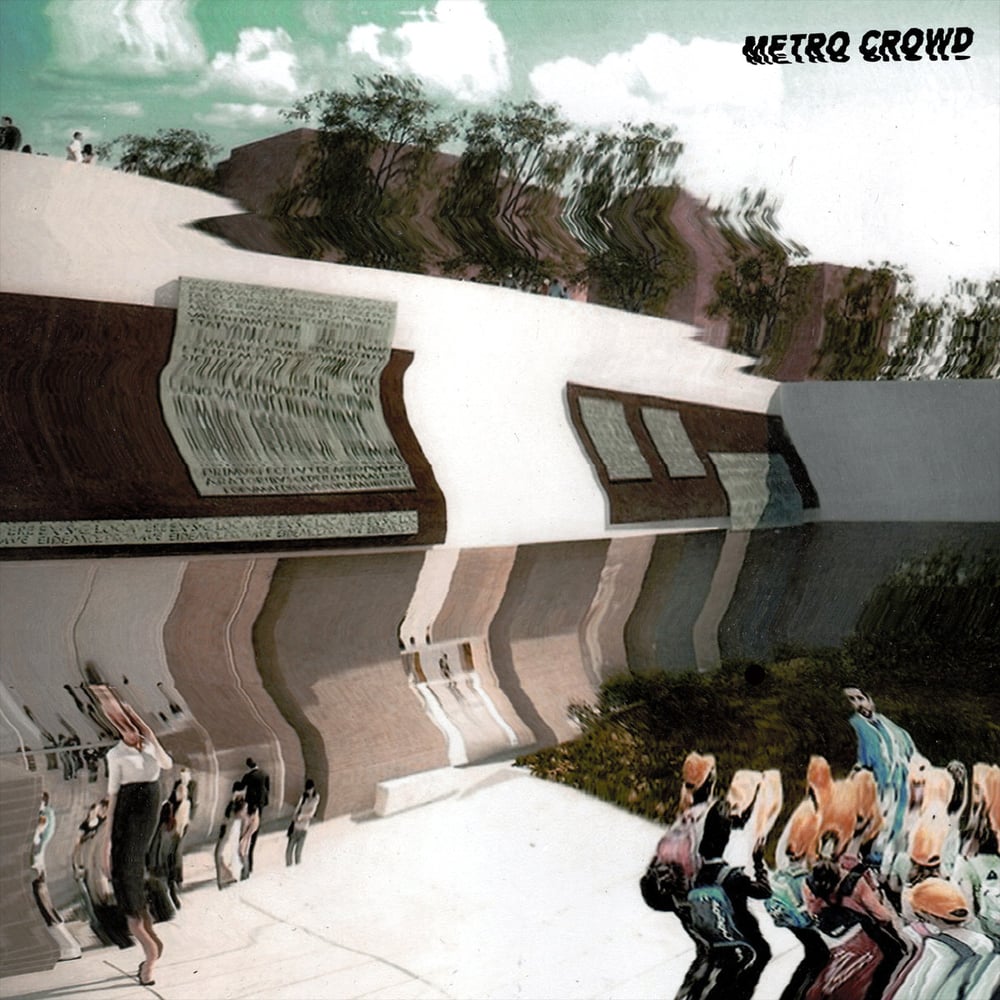 Paranoid, alone, possessed, vibrant… has this ever been your state of mind on your morning commute to work? Just a human lost in the city, lost in the sea of machines, overwhelmed by fate, facts and the inevitability of those train tracks that someone has already laid out for you.

Planning:, their first album for Maple Death (following an acclaimed first record on My Own Private Records/Legno Dischi), is a complete outer space Kafkian journey through a post-industrial landscape where mankind is fighting just to keep its head above water, basically to survive. Metro Crowd’s sound is built upon that sense of disgust, repulsion, unease. It’s a world where alien guitars meet factory tribalism, shifty bass patterns fight over circular rhythms and dramatic sloganeering. They inhabit that same oddball cosmos that gave birth to bands like Chrome, Z’EV, the old Subterranean Records catalogue, Foetus, Cabaret Voltaire, Flipper, early EBM tinged Ministry. What really sets them apart is their theatrical deadpan, shall I dare say a Mediterranean tinged New Wave flare and their giddy take on furious eccentric punk that probably comes from the Italian tradition of early 80s where bands like Move and Gaznevada were creating synthetic paths made of fog, lasers and flanger effects.

Are you controlling your trajectory, is the train fully automated or is there a driver steering your life in the wrong direction?